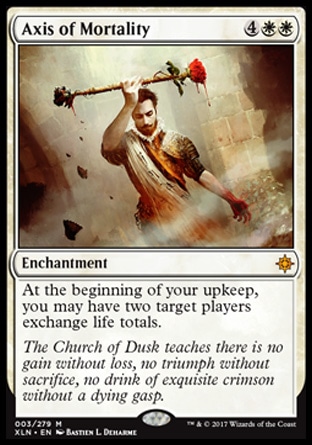 At the beginning of your upkeep, you may have two target players exchange life totals.

The Church of Dusk teaches there is no gain without loss, no triumph without sacrifice, no drink of exquisite crimson without a dying gasp.