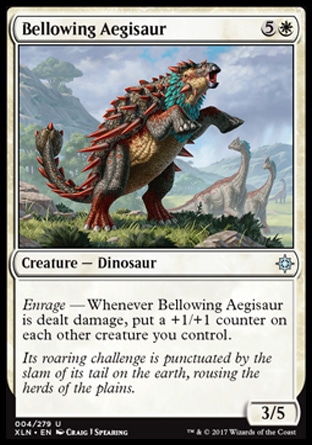 Enrage — Whenever Bellowing Aegisaur is dealt damage, put a +1/+1 counter on each other creature you control.

Its roaring challenge is punctuated by the slam of its tail on the earth, rousing the herds of the plains.