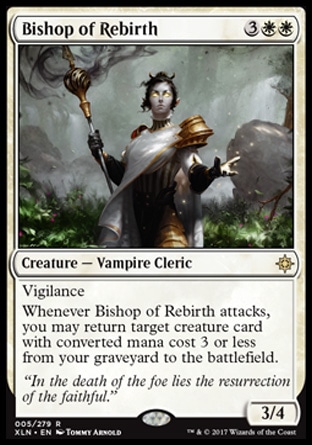 Vigilance
Whenever Bishop of Rebirth attacks, you may return target creature card with converted mana cost 3 or less from your graveyard to the battlefield.

"In the death of the foe lies the resurrection of the faithful."