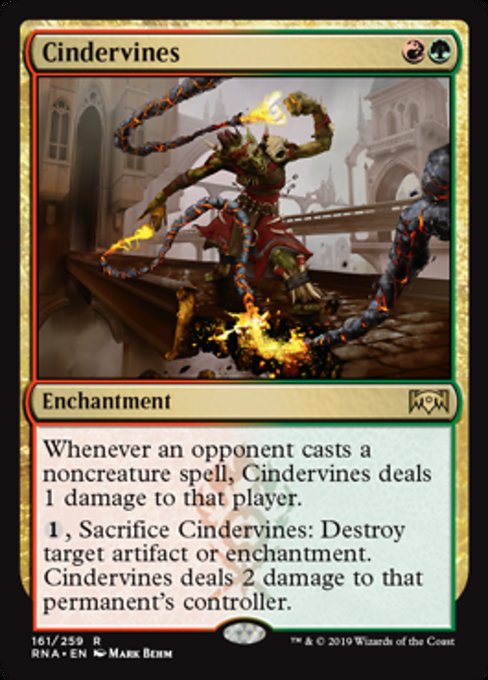 Cindervines’s triggered ability resolves before the spell that caused it to trigger. It resolves even if that spell is countered.
January 25, 2019
If the target permanent is an illegal target by the time Cindervines’s activated ability tries to resolve, the ability doesn’t resolve. No player is dealt damage. If the target is legal but not destroyed (most likely because it has indestructible), its controller is dealt damage.
January 25, 2019
Cindervines can be the target of its own activated ability. The ability won’t resolve since it won’t have a legal target, and no player will be dealt damage, but this does allow you to sacrifice Cindervines without another enchantment to target if you want to.
January 25, 2019