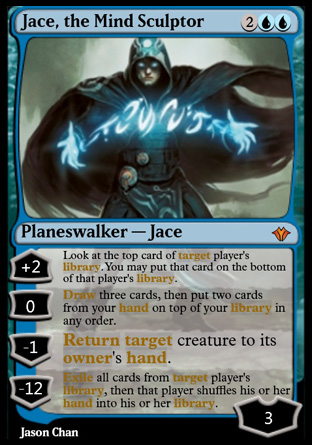 You draw three cards and put two cards back all while Jace's second ability is resolving. Nothing can happen between the two, and no player may choose to take actions.
June 8, 2016
If the targeted player for Jace's last ability has no cards in hand, that player shuffles nothing into his or her library, and that player's library will remain empty. That player won't lose the game until he or she tries to draw from the empty library.
June 8, 2016