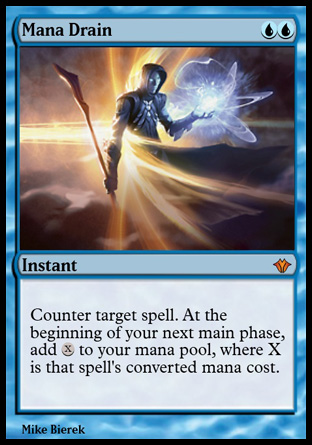 Counter target spell. At the beginning of your next main phase, add an amount of {C} to your mana pool equal to that spell's converted mana cost.